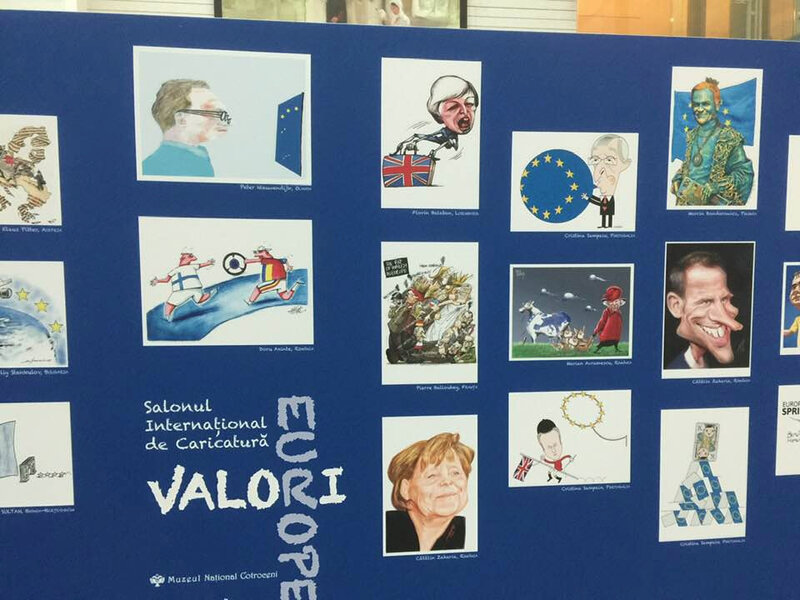 I studied Art at the Arts Déco in Grenoble and later at les Beaux Arts in Paris. I have made drawing my job since 45 years. I have published in many newspapers and humour books.

I am a convinced European.

I am the president of France-Cartoons and member of Cartooning for Peace, Cagle Political Cartoonns.
France-Cartoons has many European and international membersons.
France-Cartoons has more than 170 members, French cartoonists, of course but also French-speaking cartoonists from Italy, Belgium, Canada, Switzerland, Algeria, Tunisia, Morocco. And now since this year from United States of America, United Kingdom, The Netherlands, Germany, Brasil, Turkey, Romania, Portugal, Jordanian, Latvia

We’re not in competition with Cartooning for Peace, I am a myself member, we are walking side by side to defend this wonderful profession and the cartoonists persecuted in their country.

We give information about the job, prices, competitions, meetings, we publish a webmagazine and our website under reconstruction.

We organize many exhibitions like the travelling exhibitions in France and Europe about populism, women’s rights and social networks.

The social networks exhibition will be inaugurated in Cannes in May and will be on display during the festival.

I would like to thank the Controceni Museum, Cristian Topan and Anastasia Stoiciu for highlighting this wonderful profession. This job is in peril, the paper press is in trouble and the press cartoon is under serious threat.

Thank you very much to all of you.